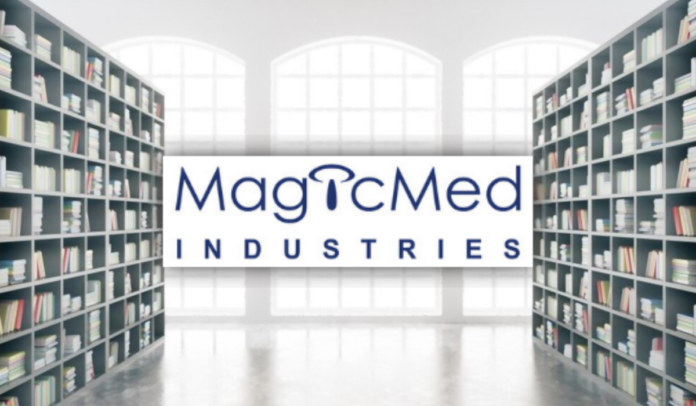 Psychedelics have been associated with a myriad of health benefits, specifically improved mental health. As a result, researchers have put in more effort to create a psychedelic-based treatment to meet the increased demand.

Through a series of studies conducted in recent years, psychedelics have shown great promise as a viable treatment for mental health conditions like treatment-resistant chronic depression, PTSD, and various anxiety forms.

However, psychedelics do cause a series of undesirable side effects, which is why researchers are looking into ways they can modify the drugs to minimize the side effects, improve their efficiency, and promote out-of-clinic (outpatient) applicability.

One of the most significant challenges for a newly established company in any industry is finding a way to establish authority and assuming the leadership position by setting the standard for other companies to emulate. So, what strategy is MagicMed intend to use to achieve this?

MagicMed is focused on creating the first-ever psychedelic derivatives library dubbed Psybrary (psychedelics+library). These derivatives will take on a similar chemical structure as that of well-known psychedelic compounds like psilocybin.

Creating derivative libraries is a common practice in the biotechnology and pharmacology world. It allows companies to conduct numerous screening tests to evaluate the derivatives that could offer better performance in treating certain conditions.

However, MagicMed is taking on a different approach in its chemical synthesis process. Instead of choosing either chemistry techniques or synthetic biology, they combine the two to create derivatives that would be impossible to use only one method.

To further establish their position in the industry, MagicMed is looking to form collaborations with various reputable innovators to create new patent products. These partnerships’ ultimate goal is to unlock psychedelics’ therapeutic power and create drugs specific to patients’ needs.

Mental health and the COVID-19 pandemic

After more than a year of living in fear and losing loved ones to COVID, the world at large can have a sigh of relief as the distribution of the vaccine increases across the globe. However, we cannot ignore the pandemic’s repercussions, especially to millions of people’s mental health.

The first generation of psychedelic molecules has shown promising results in treating many mental issues affecting individuals like depression, anxiety, and PTSD. Reputable scientific research institutions like the Imperial College London, John Hopkins, and UC Berkeley have conducted a series of studies that have shown the effectiveness of combining psilocybin with psychotherapy.

According to MagicMed’s Director, the next step is to take advantage of these positive results and create better, safer, and highly functional molecules to help treat a larger number of individuals.

Reaping the benefits of being a pioneer…

True to the saying ‘the early bird catches the worm’, MagicMed is likely to get numerous capital benefits. Its position as an early entry into the psychedelic industry comes with its fair share of advantages.

The company strongly believes in psychedelics and its ability to change the future of mainstream medicine by providing a solution to many mental health conditions. Their belief is supported by tons of knowledge and experience, innovative ideas, advanced modern technology, and numerous data.

MagicMed’s director assures their partners that the project centers around advancing the best psychedelic derivatives (potential drugs) forward. The company comprises a team of experts with numerous years of experience working on similar technologies and methodologies that have seen them create derivatives for opioids, amphetamines, and cannabis.

All partners are guaranteed investment protection through patents when they decide to work with MagicMed. The partnership’s scope allows the partners to search, test, and pick their preferred psychedelic derivatives. Afterward, they can advance and refine the derivatives through the process of product development.

Numinus Wellness Inc. The First In Canada To Extract Psilocybe Mushrooms For Research And Development

Ten Centers That Offer the Best Set and Setting for Your Psychedelic Exploration, Healing,...