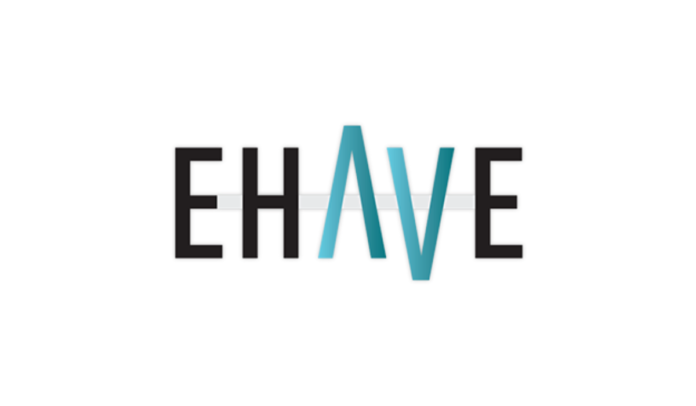 In recent years a cultural shift has occurred bringing psychedelics to the forefront of pharmaceutical sciences. Pair that with legislation being passed to decriminalize psilocybin in Denver, Oakland, and Washington D.C. among others, and the possibility of a booming market in magic mushrooms and MDMA doesn’t seem that far off. Good thing too, because research confirms again and again that this class of drugs has an unprecedented ability to restructure and repair psychological traumas on a physical level. Not everyone may understand their potential, but like with the cannabis industry before it, the investors who seize on the psychedelic biotech market early stand to gain the most. The downside is that until legalization occurs, every company in the industry is essentially speculative. If the implementation of psychedelic-assisted therapy is as close as five years away, as leading experts claim, then every stock can be expected to experience ups and downs before reaching that milestone. How do you choose which companies to stick with and which to drop? Is there a way to reduce risk when the promise of an actual product could be years away? In the following article, we will attempt to evaluate a company to serve as a case study for navigating the unique challenges of building your psychedelic portfolio.

I chose Ehave – Data Therapeutics for this valuation because their name has been popping up on my feed repeatedly since I’ve started following this sector of biotech. Their main service is an analytics and communications platform for medical professionals to interface with patients, specifically for the administration of psychedelic medicine. They also offer a variety of products we’ll discuss later. Their latest news was an announcement of a joint venture between Mycotopia Therapies and Natural MedTech to research the physiological effects of psilocybin, the active ingredient in “magic mushrooms”, to borrow a colloquial term. There in the copy at the bottom of the first paragraph was Ehave again, providing software for analyzing and collecting data for the study. I assume that software to conduct medical research would be different than the products announced on Ehave’s landing page, so I endeavored to get a closer look at the full scope of the company’s offerings.

Ehave (pronounced like ‘behave’ without the ‘b’) has been around since 2011 but has restructured its business since Benjamin Kaplan became CEO in 2019. To find information on the company’s products before 2018, I had to access a clone of their previous website through the wayback machine. For this analysis, therefore, I will largely disregard the company’s previous life.
As mentioned above, Ehave is developing an analytics platform to assist psychedelic therapies. In the same vein, they are also planning to roll out KetaDash, a delivery service for intravenous Ketamine to patients; a concept similar to their ‘CureDash’ platform, a platform they acquired along with the eponymous company in January 22, 2021. They also have plans to open a Jamaican retreat where guests would receive drug-assisted therapy. As well, they have a game in development to help children with ADHD learn executive function skills. Lastly, they partner with various companies to lead research into primarily Psilocybin and Ketamine.

Unfortunately, the Ehave platform that forms the backbone of the company is not available to preview. The demo is locked on their website, and after days of research, I was unable to uncover much. Their website features a single low-res of what is presumably a screenshot of the app, a collection of infographics with nigh-illegible definitions and a menu on the side with five equally hard-to-read options. Aside from this, there are no videos available or in-depth discussions anywhere online describing the platform’s capabilities. The next logical step was to look at KetaDash, assuming its interface would be represented in much the same way companies like Adobe streamline their image across programs. It seems, however, that although Ehave had previously promised KetaDash would roll out in the second quarter of 2021 there has not been any more news. Ehave has not yet responded to requests for comment on when KetaDash can be expected.

In terms of software connecting patients with treatment, only ‘CureDash’ is up and running. Ehave did not develop this app, only purchased by them, but in a press release, they did mention it as part of their strategy to develop KetaDash. CureDash offers intravenous remedies to maladies such as hangovers and the flu. The app consists of a main page that appears to be running Apple Maps defining your location and a pull-down menu where you can change your profile, add credit card information and choose which remedy you will have delivered to your home. In concept, it’s nearly identical to what would be required to deliver controlled substances such as Ketamine, but it’s a far cry from the analytics promised by the other two platforms. Based on the tech alone, it’s impossible to recommend the company because there isn’t enough media to reassure investors this isn’t all empty promises. Even if the tech is brilliant but private, it doesn’t speak well to the company’s ability to generate buzz.

Their partnership in January 7, 2021 with Cognitive Apps is more promising. Cognitive Apps has an analytics platform that Ehave will have exclusive rights to use in psychedelic treatments throughout G20 countries. Ehave also announced plans to branch out to the broader medical field, providing database platforms for all healthcare. If true, Ehave could create the next killer app, the Facebook of medicine. But the pattern that emerges is that press releases are full of words like “will” and “plans to”. To be expected, sure, when the therapy promised is still in the experimental stages, but there are other areas where we can evaluate Ehave’s ability to deliver.

Take their ADHD game, Ninja Reflexes. A recent news release by Ehave announced that the FDA had approved the first video game as a medication to treat ADHD. The game was not Ninja Reflexes but Akili Interactive’s ‘EndeavorRX’. The press release was to let the media know that Ehave would continue developing their video game. Ninja Reflexes sits as a demo on Google Play with the last version released 716 days ago at the time of writing. Their announcement was in June of 2020, meaning that the game has remained unchanged for nine months. When I played the game, it was not much better than Ehave’s original therapeutic video games from 2014, when the company primarily focused on child therapies.

At the time, the company offered two games that look and play as if they were made on Flash. The aim is to teach impulse control by offering simple challenges. In one game, you jump over obstacles. In the other, you try to remember if backgrounds are the same or different. The hitboxes are poorly implemented, meaning that you get a game over even if you are visibly far away from the obstacles, leading to more frustration than therapy. Ehave’s 2018 demo has many of the same issues.

Ninja Reflexes is a game where you kick enemies by swiping up if they’re red, down if they’re blue. Despite correctly swiping repeatedly, it took me a dozen tries to progress to stage two. I have a good amount of experience playing video games on many platforms, so the problem wasn’t with me. For perspective, the demo was launched on May 10 of 2018, marking nearly three years since they still can’t guarantee that a kick will contact an enemy, the only play mechanic in the game. This software makes me pessimistic about Ehave’s other apps. We can set aside the Jamaican retreat portion of the business for now because Covid has stymied travel plans for the foreseeable future. I wouldn’t take the lack of growth in this regard into account.

The rest of the press releases announce various partnerships and studies, all very promising. Mycotopia Therapies, mentioned above, was the research arm of Ehave’s strategy until Ehave sold the company to 20/20 Global, securing most of their stocks in the process. The result is that Benjamin Kaplan is CEO of both companies, making collaborations only natural. Their collaboration with Silo Wellness to map the brain with a Neurocap while the subject is under the influence of psilocybin sounds promising and important. Other collabs seem equally exciting but the problem is that the bulk of the information available is about what the company will do, not what it has done. In terms of research, companies with patents tend to stand out, and in the US at least, Ehave lists none.

I have come down hard on the company because their steady press releases promised more than I could prove, and as a researcher, this makes me skeptical. On the plus side, Ehave have chosen a niche in the marketplace with little other competition. Their constant collaborations entrench them in all aspects of the sector. Even if the lack of current software is cause to worry, their acquisition of other proven platforms with similar aims points toward an ability to deliver regardless of the state of their dashboard at present. At best, I would term Ehave a risky pick. If Ehave delivers on what it promises, then investors stand to gain a lot, as do we all, with a revolution of how medicine is practiced. On the other hand, Ehave’s steady decline in the marketplace as of late is likely due to investors losing faith in the company’s promises. My gut tells me to wait for KetaDash to come out and then evaluate again.

By looking into Ehave’s past, checking on their patents, looking at their software, examining the language of their press releases, joining investor groups and reaching out to the company for research, we have made a personal valuation for the company. Psychedelics is such a nascent technology that everything might change in a day, it’s true, but by taking the above factors into account, we can be sure that we are at least making informed decisions.