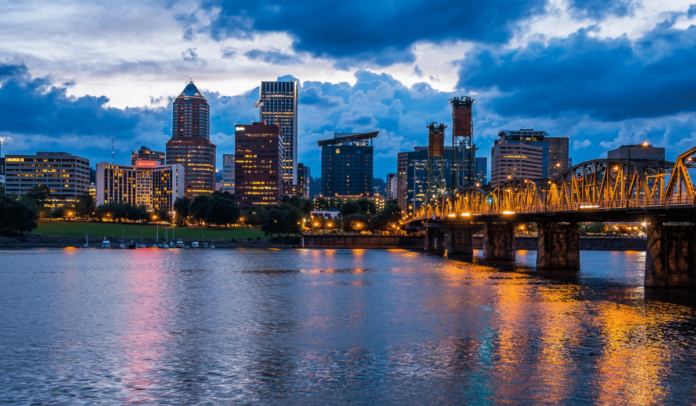 On Wednesday, 3rd November 2020, Oregon became the first state to legalize the supervised use of Psilocybin, a psychedelic compound derived from magic mushrooms. Numerous other states have softened their stance on drugs across the United States.

Ballot Measure 109 intends to allow the use of Psilocybin in the treatment of various mental health conditions. The treatment process is to be conducted under the supervision of a trained medical professional. The Measure passed with 55.8% support from the 2,214,855 votes cast, according to the state’s Secretary of State.

If the Measure is adopted into law, Oregon will become the first state in the United States to legalize any form of psychedelics on a statewide level. Up to now, only several cities like Somerville and Cambridge have legalized Psilocybin.

Individuals who are pro-psychedelics have expressed their support for the Measure, stating that they are intrigued by the numerous medical benefits the drug offers. Studies show that apart from mental conditions like depression, Psilocybin has been known to support trauma survivors.

Through another progressive measure (ballot measure 110), Oregon is set to decriminalize the possession and use of small amounts of certain illegal drugs like LSD and heroin. The Measure offers a lenient fine of $100. If an individual agrees to treatment, the fine is waived. In the past, possession of such drugs was subject to arrest and criminal prosecution.

The treatment option of psychedelic-assisted therapy has in recent years gained a lot of attention. Many people are interested in how it works and how efficient it is in relieving mental illnesses. Among the impressed and interested individuals is billionaire Peter Thiel.

According to Field Trip Health’s cofounder, Ronan Levy, the ballot’s passing is considered ‘fantastic news’ for the looming psychedelic revolution. The Toronto-based company is publicly traded on the Canadian exchange. It is one of the leading companies in Canada offering psychedelic-assisted psychotherapy.

In addition, Ronan Levy acknowledges that the research to support psychedelic drugs’ effectiveness in enhancing therapy is a lot and diversified. All mental conditions are being researched to find out if patients can benefit from psychedelic treatment. However, he admits that using psychedelics alone isn’t the perfect way to reap their benefits. It has to be consumed under the supervision of qualified personnel.

In years to come, Ronan Levy expects more psychedelic acceptance across the various states. He projects that many more states will legalize the supervised use of psychedelics to treat numerous mental conditions. He said that the COVID pandemic had hindered the progress of the psychedelic revolution. The pandemic made it hard to collect sufficient signatures; otherwise, there would have been more ballot measures in 2020.

Psychedelic renaissance in other states

The passing of Initiative 81in the District of Columbia decriminalizes psychedelic compounds’ possession and use, including magic mushrooms. This includes the active compounds in peyote and ayahuasca. The Initiative dubbed Entheogenic Plant and Fungus Policy Act of 2020 gathered 214,685 votes, translating to 76.18% of the votes.

The Measure does not seek to legalize psychedelic drugs. However, it does intend to make the possession of these drugs a low-level priority for law enforcement. The Initiative still has to overcome various hurdles before it is passed into law.

First, it needs to get the D.C council’s approval before it is sent to Congress for evaluation. When Congress receives the Measure, they are given 30 days to either approve it into law or cease its implementation.

The American Psychological Association, through a spokesman, conveyed that they do not have a stance on the decriminalization or legalization of psychedelic drugs.

Light at the end of the tunnel for marijuana

Also included in the election was a chance for various states to decide the path they wanted to take towards the legalization of marijuana. As for Arizona and New Jersey, the voters decided to legalize the leisurely use of the plant.

A landslide vote in favor of the medicinal use of marijuana was experienced in South Dakota. The voters also legalized the plant’s recreational use, but on 8th February 2021, a judge ruled in favor of a lawsuit that regarded amendment A unconstitutional. This has hindered the legalization of marijuana in the country until a higher court rules in favor of the ballot measure. There is still hope!

Through Initiative 65, Mississippi voters approved the legalization of marijuana use for patients with specific debilitating conditions. In Montana, votes for the legalization of recreational marijuana accumulated to 57% of the total votes cast. The minimum legal age for purchasing in Montana is 21 years.

How did various cannabis companies perform on the stock market?

The election day was full of surprises. We saw major companies taking a hit on the stock market during the midday trading session. Companies like Canopy Growth, a leading brand in the cannabis industry, experienced a 7% drop. Tilray, another leading company, had its shares slide by 8%. Finally, Cronos Group’s stock traded 7% lower than its market value. Combined, these companies have a market value of almost 10 billion dollars.

According to Canopy’s head of government relations, David Culver, the stock news came as shocking.

The COVID pandemic has disrupted many businesses’ economic stability since March 2020, and up until now, it has been hard to recover. Culver hints that taxing recreational marijuana sales is a way for the government to fill the gap.

Legalizing marijuana sales in areas like New Jersey will push lawmakers in neighboring states to make the same move to take advantage of the revenue generated in taxation.