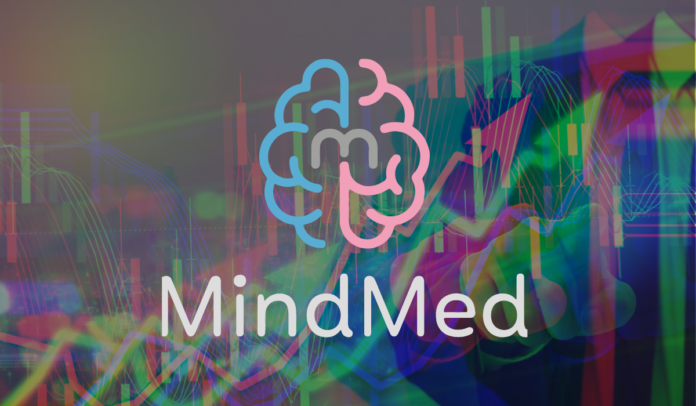 If you’re looking to get in on the ground floor of a good bet, psychedelics is where it’s at, and no company is growing faster in that field than Mind Medicine (MindMed) Inc. (NEO:MMED, OTCMKTS:MMEDF).

The U.S. Food and Drug Administration (FDA) is fast-tracking treatments using psilocybin, the active agent in ‘magic’ mushrooms, going so far as to call the substance “a breakthrough therapy for severe depression” in November of 2019, according to a livescience.com article. It’s only a matter of time until the drug is cleared for treatment, and when that happens, psychedelics will boom.

When MindMed went public in March of 2020, investors were skittish, perhaps because medicinal psychedelics’ future seemed uncertain. By September of that year, however, MindMed gained traction, more or less climbing steadily ever since. Such rapid gains can indeed indicate that a stock is a fad, but by December www.fool.com, when the stock peaked at 1130% above its starting price, The Motley Fool writer Alex Carchidi was still all in, and with good reason. The company’s research arm is broad in scope, exploring the potential of lysergic acid diethylamide (LSD) and Ibogaine, among other innovative treatments. Co-founders and co-CEOs JR Rahn and Stephen Hurst explain: “Having the first mover advantage on a diverse pipeline of later-stage commercial drug trials in mental health is important for MindMed [as a] company, but the learnings we obtain from this pipeline also helps us push the frontier of psychedelic inspired medicines.”

Because psychedelics have only recently been approved for clinical trials, it’s impossible to say what this class of drugs could mean for mental health. Among the projects that we can look forward to seeing from MindMed are treatments for ADHD and addictions to opioids and alcohol. Its lead program is research into how LSD can treat anxiety. The company successfully completed a pre-Investigational New Drug (pre-IND) meeting with the FDA last December for this project, which is appropriately named Project Lucy.

To estimate this industry’s true ceiling, we’d have to know what future psychedelic therapies the FDA will approve. www.theguardian.com, for example, reported this past July on the efficacy of “magic mushrooms” in treating PTSD. Regardless, one thing is certain. Any drug that shows true promise in alleviating one of the fastest-growing health crises – that of mental health– will be a significant player in the market for years to come.

Psychedelic treatment is typically administered through what is referred to as ‘micro-dosing’. A regular dose of a drug like psilocybin may induce hallucinations, but a ‘micro’ dose, sometimes as little as 1/20 the usual amount, will only stimulate a general sense of well-being. According to Alan Davis, an author of a study published in the journal JAMA Psychiatry, it’s this effect that has been found to be “more than four times greater” at treating depression.

The latest news on MindMed is that it has acquired HealthMode, one of the leading machine learning digital companies. It has also signed a partnership with Swiss psychedelic drug discovery company MindShift compounds AG, exploring next-generation psychedelic and empathogenic compounds. It’s because this company is so forward-thinking that I make MindMed inc. my pick for psychedelic stock to buy, and I recommend you do the same.

Bill to legalize possession of psychedelics in California heads to the Senate floor after...