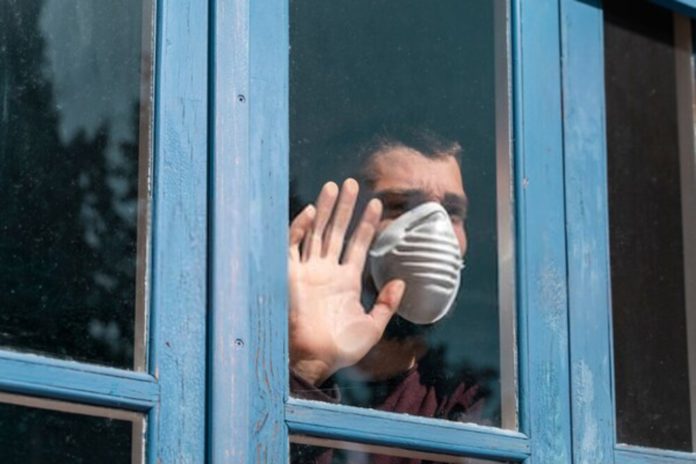 According to a survey, which the World Health Organisation (WHO) conducted between June to August 2020 across 130 countries, over 60% of the countries reported disruptions to critical mental health services due to the COVID-19 pandemic. While many countries have adapted to the situation by relying on telemedicine/ teletherapy to overcome the disruptions that the pandemic caused to in-person services, this method has shown many disparities.

With the development of psychedelic medicine now imminent, the time to make your lucrative investment could be now. The ever-rising cases of mental health disorders during this pandemic have pushed the psychedelic revolution even further.

In 2020, the National EMS Information System (NEMSIS) reported a sharper increase in calls due to mental episodes, drug overdoses, and deaths compared to the previous years. The report also showed that there was a higher need for naloxone and reversal medication for opioid overdose.

Moreover, CDC reports from June 2020 showed that over 40% of U.S. adults battled mental health and substance use.

The reported prevalence of anxiety symptoms was 25.5% in June 2020, which is three times more than the one reported in the 2nd quarter of 2019 (8.1%). On the other hand, the depressive disorders reported in June 2020 were four times higher than those reported between April and June 2019 (24.3% vs. 6.5%). Besides, suicidal ideation among U.S. adults increased in 2020. 10.7% of the survey’s correspondents admitted that they had seriously considered suicide during the past 30 days. Considering the stats for a similar poll done in 2018 were 4.3%, the pandemic’s effects on mental health are very clear.

All these stats and reports have offered great attention to psychedelics such as Ketamine, Psilocybin, and MDMA.

Florian Brand, a co-founder/ CEO of ATAI life sciences, stated that the uncertainties around COVID-19 brought out a more significant focus on mental health and shortcomings of the current care standards.

Psilocybin-assisted care is a fresh and modern alternative to the original antidepressants. This therapy works on our brains’ pathways that involve the utilization of serotonin. Research helps prove that Psilocybin therapy can restore a patient’s brain connections with fresh ones. As a result, the therapy ends one’s depressive patterns.

Changing the Norm for a better future.

Due to the surge in mental health issues during the pandemic period, including depression and anxiety, many companies that have invested in the Psychedelics industry are ever-growing.

ATAI Life Sciences, a private company, is the largest stakeholder in the Psychedelics-assisted Space. The company owns investments in most Psychedelic companies, including Compass Pathways (NASDAQ: CMPS), which is the most-watched Psychedelics stocks of 2020. Recently, ATAI Life Sciences published an article on mental health during the pandemic period.

Currently, Compass Pathways runs a large-scale clinical development program related to Psilocybin therapy. Besides, they are going for FDA approval on Phase III clinical trials of COMP 360, which is a Psilocybin synthesized formulation. COMP 360 helps treat mental illnesses, including depression, anxiety, and depression. Other major successes of Compass Pathways in the past year include becoming the premier psychedelics stock to have a NASDAQ listing and opening a modern research facility in Baltimore.

Recently, Novamind (N.M.), another premier company in the psychedelics space, announced its interest in presenting at the Canaccord Genuity Conference. The subject of this conference is about New Paradigms and Treatment Approaches for mental health. Since 2016, Novamind has administered over 5000 Ketamine therapy treatments. In 2020 alone, the company hosted over 20,000 clients.

Osmind is another modern healthcare technology startup that aims at bringing psychedelic-assisted therapy to the limelight. Currently, the startup’s focus is on the surge in mental health cases. In the Ketamine treatment space, the Ketamine Treatment Software is the leading program. Osmind recently announced a $2 million seed round that will revolutionize their electronic health software and analytics platform.

In a recent statement, Lucia Huang, co-founder and CEO of Osmind, identified the lack of objective measurements on what therapies work for distinct people. As a result, many clinicians are in the dark. Also, the researchers are finding it hard to develop new treatments, and patients are suffering due to the painful trial and error procedures.

Moreover, Lucia Huang clarified that Osmind’s software fits perfectly into the existing workflow of many clinicians, and the patients do enjoy it. Also, the platform pulls functional metrics, and in-patient reported results. It offers an analysis of different patients’ responses to treatment, enabling clinicians to adjust their care and researchers to develop more excellent diagnostics and therapies.

The companies mentioned above are only a few out of many psychedelics companies that have united to help during this challenging time when mental health alternatives are highly needed.

Besides the psychedelics industry offering an excellent opportunity for investors, these companies are creating innovative solutions for critical mental health issues worldwide.