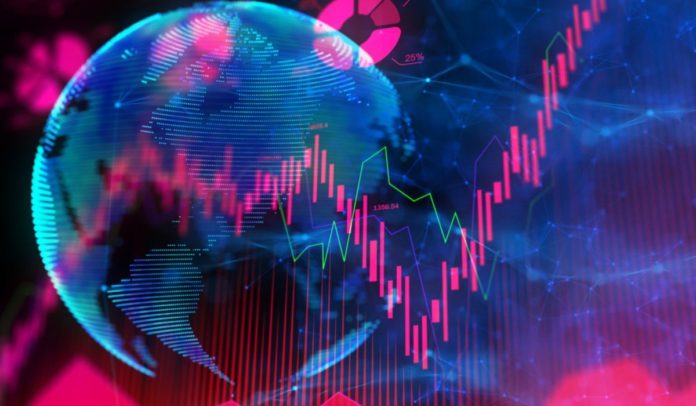 Canada’s booming cannabis and psychedelic market are starting to make waves across the border. With the SAFE law about to be implemented, it is now easier for psychedelic medicine companies to list on regular indices such as the NYSE and NASDAQ. The sector is one with incredible potential and avid investors are looking to invest their wealth at lower valuations. Here are some promising psychedelic startups that have recently made bold moves in the market :

Reddit’s famous ‘big squeeze’ that saw a huge number of amateur investors buy GameStop stocks was cut short for a brief period last month when online brokerage platform Robinhood halted and ultimately limited the buying of GameStop stocks on its platform. This move sparked a lot of controversy as investors alleged Robinhood used unfair means to protect the interests of large hedge funds who were betting against GME.

During this period, a lot of these online investors turned their attention to the limited ‘Pot Stock’ options that Robinhood offers. As a result, several Canadian Licensed Producers (LPs) like Aphria, Tilray and Sundial Growers registered a huge increase in trading volume on the app. As the legalization of recreational marijuana gains momentum in the U.S, many online investors are looking to benefit from this ‘pot bloom’ by investing in major U.S players such as Curaleaf, Trulieve and up and coming company, Red White and Bloom.

Australia-based Creso Pharma recently disclosed that it had raked in over A$18 million in its latest stock offering. Institutional and professional investors were issued 94.7 new, fully paid ordinary shares at $0.19 per share. The company is also looking to acquire Nova Scotia-based Hallucenex Psychedelics. The money raised through the funding round will be used to undertake psychedelic clinical trials through Hallucenex, push the global sales of nutraceutical products and extensively market cannabis products throughout Canada.

Canada-based Champignon Brands recently announced that it had filed for a listing with the Canadian Securities Exchange (CSE). Their official filing statement contains detailed information about the reverse take-over of the company by AltMed group. Champignon has also recently filed applications with the BCSC and the OSC to revoke the cease trade restrictions on it.

The U.S Patent and Trademark Office recently granted two new psilocybin patents to the psychedelics company, Compass Pathways. The patents have been filed on the company’s oral formulations of synthetic psilocybin, which are used in the treatment of major depressive disorders such as Treatment-Resistant Depression (TRD). The formulation, filed under U.S. Patent No 10,954,259 covers Compass’s high-purity crystalline psilocybin products that are expected to be used in medical trials soon.

While the details of it are still in question, the recently passed SAFE act is expected to make it easier for Multi-State Operators (MSOs) currently listed on Canadian Exchanges to list on stateside exchanges like the NYSE or NASDAQ. Curaleaf CEO Boris Jordan offered his thoughts on the situation :

“It’s our view, and we’re very active in Washington, that it will be very difficult to get full legalization of cannabis this year but we do think it may happen over the next 2-3 years. And certainly, we’ll get SAFE Banking, which will allow, hopefully, U.S. companies that are operating in U.S. markets to list in the United States.”

Moncton, New Brunswick-based cannabis producer organigram recently signed a major deal with British American Tobacco, the world’s second-largest producer of Tobacco based goods. BAT bought a 19.9 percent stake in the company, making it one of the biggest cannabis deals of the last decade. Portfolio Manager Bruce Campbell suggests BAT might be looking to completely take over Organigram as it hopes to expand into the Canadian cannabis market.

Canada-based Horizons ETF Management recently completed a quarterly rebalance of the holdings of the Horizons Psychedelics Stock Index ETF ( listed under the ticker PSYK). PSYK is the world’s first Exchange Traded Fund (ETF) that offers significant exposure to publicly listed American companies dealing with psychedelics. PSYK added four new psychedelic stocks and removed one during this rebalance of its North American holdings. The ETF is expected to host a number of up-and-coming psychedelic medicine companies by the end of the financial year.

Cresco Labs recently disclosed its revenue figures for the year 2020, surpassing estimates by over a million dollars. The company grossed $162.3 million in revenue during its fourth quarter, reporting a loss of about $23.4 million. The company’s annual revenue clocked in at $476.3 million with a net loss of $36.6 million.

Multi-millionaire investor Kevin O’ Leary of Shark Tank fame recently acquired a sizable stake in the company MindMed. He said he made this move because he thinks that the psychedelic medicine industry has great potential. He believes that it is an effective way to treat mental health problems that otherwise have little to no treatment alternatives. He said that there is a “massive, massive problem in the sector” and that companies like MindMed are an absolute game-changer.

Prolific investors such as Peter Thiel, Kevin O’Leary and the British American Company have shown confidence in marijuana and psilocybin’s future. While complete commercialization of psychedelic products might take time, the newly implemented laws make it easier to produce and sell these substances for medical use. Marijuana companies are seeing this as an opportunity to push for better facilities to help them market these products to a larger number of patients and establish psychedelic therapy as a credible form of medical treatment.