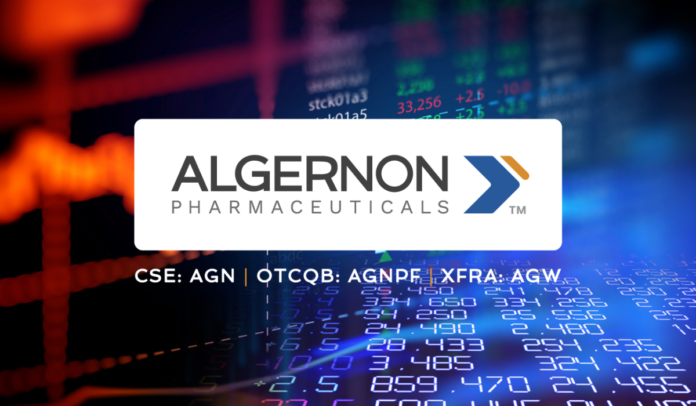 Vancouver-based clinical-stage pharmaceutical company Algernon Pharmaceuticals was recently added to the Horizons Psychedelic Stock Index ETF (PSYK) in the index’s first quarterly rebalance of holdings for 2021. PSYK is the world’s first exchange-traded fund that invests in publicly listed North American companies that deal in the psychedelics sector. Chief Executive Christopher J. Moreau summed up the listing when he stated:

“On February 1st, 2021, Algernon announced that it had established a clinical research program for the treatment of stroke focused on AP-188 (“N, N-Dimethyltryptamine or DMT”), a known psychedelic compound. Being added to the PSYK is a reflection of the important work Algernon has undertaken with its DMT stroke research program and will help bring a further level of awareness to the Company among a wide range of investors.”

Algernon is a development-stage pharmaceutical company and a pioneer in the field of psychedelic medicine. It is currently looking to conduct extensive research about an intravenous, sub-psychedelic dose of DMT which will be used to treat stroke patients. The company has also filed provisional patents for new forms of DMT and a combination of DMT therapy and constraint-induced movement therapy (CIMT).

DMT (N, N-Dimethyltryptamine) is a proven hallucinogen that induces ‘trips’ similar to LSD, Ketamine, Psilocybin, and Psilocin. The compound attaches itself to serotonin receptors inducing euphoria and intense hallucinations. A DMT ‘trip’ however, does not last very long and is hence dubbed as ‘businessman’s trip’ in psychedelic circles. Recent research has shown that DMT can be used as an effective medicinal compound in treating various neuro-motor disorders. Dr. Rick Strassman, an American associate professor of psychiatry, has recently published several key preclinical studies that claim that DMT can induce neuroplasticity in the human body. While both private and public universities are still researching the far-reaching effects of DMT usage, companies like Algernon believe that it is the next big thing in psychedelic medicine and such companies are looking to invest a lot of time and resources into DMT research.