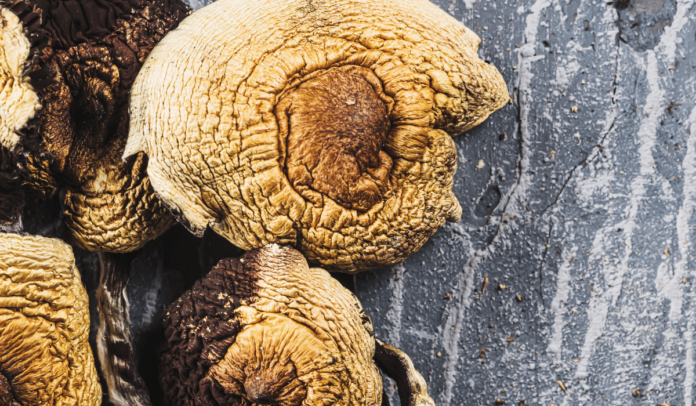 Psilocybin is a psychedelic compound derived from a variety of mushroom species referred to as ‘magic mushrooms.’ Psilocybin consumers experience euphoric feelings coupled with hallucinations that affect the normal senses.

The effects last for a few to many hours depending on factors like the amount consumed, the user’s metabolic rate, the set and setting, and frequency of use.

According to research, combining psilocybin with psychotherapy may help combat several mental health issues, including depression.

Depression is very prevalent across the globe. In fact, it is among the most common mental illnesses. The National Institute of Mental Health’s prevalence data indicated that 17.3 million United States adults have experienced at least a single episode of major depression. The number represents roughly 7.1% of all American adults.

Fortunately, individuals with depression can use antidepressants and psychotherapy as an effective means of treatment. On top of this, there has been a long-time discovered link between psychedelics use and mental illnesses. It has been established that psilocybin might help in the treatment and management of depression.

This type of therapy involves taking a small dose of psilocybin while under a medical professional’s care. After the experience, the certified therapist will work together with the person to help them understand the process they have gone through and understand how to use the experience to promote a healthy mental state. This is achieved through the intricate process of psychotherapy, which guarantees impactful and longer-lasting effects.

History of psilocybin as a therapeutic drug

Psilocybin has been used as a medicinal and spiritual compound since ancient times, so the recent popularization of the psychedelic and the research geared towards it is good as it will help outline what it can do clearly.

Go back to 1940, when LSD was discovered: researchers were curious to find out what LSD could offer, as well as other psychedelic compounds. As a result, a myriad of studies were conducted from the 1940s up to the 1960s to determine the effects of LSD and psilocybin in the treatment and management of mental health conditions.

Unfortunately, these ground-breaking studies had to be halted in 1970 due to the Controlled Substance Act (CSA) passage. Under the Act, psilocybin was categorized as a Scheduled I drug. Substances under this classification have a higher potential for abuse and dependence. They are also considered to offer no medicinal value to their users. Being in this category meant that psilocybin remained illegal for both recreational and medical use.

After years of being considered not useful, a study was conducted in 2006 by a group of scientists to determine how potential psilocybin is in treating various ailments. The results showed that psilocybin was a safe drug that could help promote the well-being of an individual.

According to research data conducted by the National Survey on Drugs and Health, nearly 9% of the respondents in the survey admitted to using psilocybin at some point in their lives.

Psilocybin’s effects are the same as those of LSD. Users of the psychedelic will feel relaxed and euphoric. It acts on the brain’s pathway, which is essential in serotonin’s functioning. Serotonin is a neurotransmitter known for promoting normal body functions by promoting stabilized moods, better sleep, and facilitating cell communication.

This interference leads to the altered self and distorted reality associated with psychedelics. After consuming this psychedelic, you can expect the following experiences;

Experiencing hallucination is a normal occurrence after consuming psilocybin or any other psychedelic. According to research, this may result from increased areas of communication in the user’s brain.

A section of researchers suspects that this increased brain communication could explain why psilocybin’s use in treating depression is effective. By altering normal brain connection, an individual may escape the typical patterns that cause depressive tendencies.

The research into the links between psilocybin and psychotherapy are still in the early stages. However, the numerous clinical trials conducted indicate a promising future as the results have been highly positive.

In a study conducted in 2016, researchers sought to investigate the effectiveness of psilocybin in managing anxiety and depression for individuals undergoing cancer treatment. The results showed that symptom reduction was substantial. In addition, the patients linked an improved quality of life and increased optimism to psilocybin use.

A follow up of the 2016 study indicated that psilocybin’s effects were long-lasting. The study’s participants experienced a reduction in symptoms years after they went through the psilocybin assisted therapy. Between 71% and 100% of the research partakers considered the therapy the “most personally meaningful and spiritually significant experiences of their lives.”

A recent 2020 study conducted by top researchers from John Hopkins Medicine was published in JAMA Psychiatry. According to the study’s results, combining two psilocybin doses with psychotherapy sessions yielded rapid and substantial antidepressant results. More than half of the participants (67%) reported symptom reduction by a whopping 50%.

The effects of psilocybin, coupled with psychotherapy, could potentially be long-lasting. At the mark of one month after starting treatment, 54% of the participants displayed zero signs/symptoms of being depressed. Such promising results have pushed scientists to look into the potential application of psilocybin in the treatment of health issues like various forms of anxiety and addictions.

Risks associated with psilocybin use

Throughout the article, we have described psilocybin as safe, but it is always prudent to cover both sides of everything. The psychedelic has been associated with the following side effects;

In most instances, psilocybin consumption offers its users a nice psychedelic trip that is memorable and fun. However, sometimes it can turn into a ‘bad trip’ where the user is engulfed with fear, panic, hallucinations, and paranoia.

It is impossible to reverse or halt a bad trip. However, the set and setting combined with being around a person you trust can help mitigate the effects. We recommend taking psilocybin to treat depression in the company of a trained mental health expert.

Psilocybin could be dangerous to people who go through maniac or psychosis episodes, especially individuals suffering from bipolar or schizophrenia. It is recommended they steer clear of this hallucinogen as it could worsen their condition.

Psilocybin holds substantial potential in the treatment and management of many conditions; however, it remains under the Schedule 1 classification of drugs up to date. This makes it illegal for use/consumption.

Looking at the credible research conducted, psilocybin poses a very low risk or dependence and abuse. In one study, the researchers recommended moving psilocybin from a schedule I drug to the lesser restrictive category, Schedule IV.

Schedule IV drugs include Xanax and Ambien, which have a low risk of dependence and abuse. Back in 2019, the FDA granted the study of psilocybin-assisted therapy a breakthrough therapy status. This implies that the development and review of psilocybin as a therapeutic drug is intentionally hastened to facilitate the treatment of serious conditions.

It is hard to speculate on the future of psilocybin when it comes to the possibility of it being available in your local drug store in future. However, there is a possibility that someday, patients with depression might be legally allowed to undergo psilocybin assisted-treatment to manage their condition.