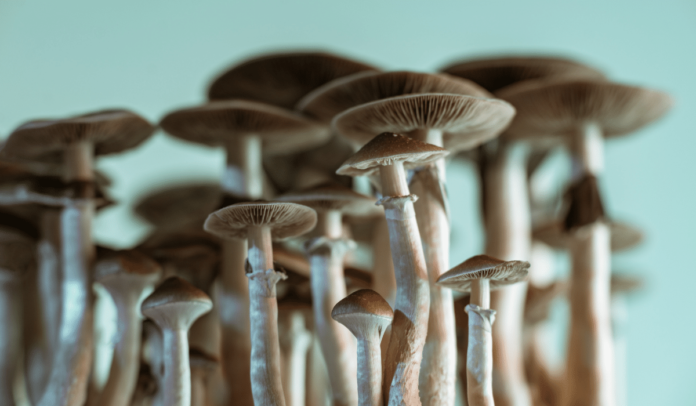 A small 2020 study conducted by top researchers from John Hopkins Medicine sought to find out the effects of combining psilocybin and psychotherapy to determine its effectiveness in treating and managing adults with major depression.

According to the study results, combining two psilocybin doses with psychotherapy sessions yielded rapid and substantial antidepressant results. More than half of the participants (67%) reported symptom reduction by a whopping 50%.

The effects of psilocybin, coupled with psychotherapy, could potentially be long-lasting. At the mark of one month after starting treatment, 54% of the participants displayed zero signs/symptoms of being depressed.

Psilocybin is found in ‘magic mushrooms’ and is widely known for giving its users visual or/and auditory delusions. It also alters one’s sense of self within a few minutes of consumption. The effects last for hours depending on various factors, including metabolic rate, amount of the drug ingested, frequency of use, and an individual’s tolerance level.

In 2016, researchers from the same facility had conducted another psilocybin-related study to determine its effectiveness in relieving anxiety and depression in patients with cancer in the life-threatening stages. The study indicated that administering psilocybin under psychologically and physically supported conditions largely contributed to symptom relief.

This recent study’s findings imply that psilocybin is applicable in relieving major depression from a wider scope of individuals than previously perceived. This means that more people will be able to benefit from its antidepressant properties.

According to Alan Davis, an assistant professor of psychiatry and behavioral science at Johns Hopkins University School of Medicine, this particular study displayed never-achieved before results by pharmaceutical antidepressants.

He goes on to say, “Because most other depression treatments take weeks or months to work and may have undesirable effects, this could be a game changer if these findings hold up in future ‘gold-standard’ placebo-controlled clinical trials.”

The published findings also cover a follow-up of the 24 participants of the study. After being subjected to two psilocybin sessions, each 5 hours long, 54% of the participants reported total remission during the four-week follow-up.

“Because there are several types of major depressive disorders that may result in variation in how people respond to treatment, I was surprised that most of our study participants found the psilocybin treatment to be effective,” says Roland Griffiths, PhD,

He further states that the two studies they have conducted (2016 and 2017-2019) consisted of participants with varying types of depression, i.e., major and reactive depression. Roland and his team’s dedication to conducting these studies is to make a positive public health impact. By highlighting psilocybin’s effectiveness in relieving major depression, they have created a possible alternative for individuals suffering from major depressive disorders.

The study consisted of 24 participants with a long history of depression, some dating back more than two years before the study was conducted. The following table highlights the participants’ demographics;

All participants had to wean off any antidepressant before the study to facilitate safe exposure to the psilocybin treatment. All this was done under the supervision and care of their personal physicians.

The participants were treated with two psilocybin doses every two weeks starting from August 2017 to April 2019. Two clinical monitors were always present to give the doses, reassure the participants, and provide guidance when needed.

After taking the psilocybin dose, the participants were required to lie on a couch while wearing music-playing headphones complimented by eyeshades. For five hours, they lay on the couch under the supervision of monitors.

All participants were given a standard depression evaluating tool known as GRID-Hamilton Depression Rating Scale. They were required to rate their level of depression per the scale provided immediately after enrolment and one and four weeks after completing the psilocybin treatment.

The scale goes up to 24, the number which indicates a severe case of depression. 17 to 23 is an indication of moderate depression, while 8 to 16 depicts mild depression, and finally, 0-7 indicates low to zero levels of depression

Before the study started, the average score was 23, indicating high levels of depression. However, after one week and four weeks after the psilocybin treatment, the participants had an average score of 8 on the depression scale, displaying major improvement.

After treatment, a majority of the participants displayed an impressive improvement in their depression symptoms. More than half of the study group were considered in remission by the 4th-week follow-up session. The participants who had an 8-week delay before receiving psilocybin treatment did not improve symptoms until they started treatment.

What do people have to say about the study? Especially depression patients…

Tim Ferris, an entrepreneur and philanthropist, had this to say, “I believe this study to be a critically important proof of concept for the medical approval of psilocybin for treatment of depression, a condition I have personally struggled with for decades.”

He further states that “How do we explain the incredible magnitude and durability of effects? Treatment research with moderate to high doses of psychedelics may uncover entirely new paradigms for understanding and improving mood and mind. This is a taste of things to come from Johns Hopkins.”

John Hopkins’ researchers have indicated that they intend to perform routine check-ups on the participants for the next year to identify how long the psilocybin’s antidepressant effects last. We can expect a report of their findings in future publications.

Currently, numerous research labs are conducting research to create forms of psilocybin that will be available in the market as soon as they are approved. This might be good news to all of us, considering that over 17million Americans and overall 300million people worldwide are affected by major depression.

All there is to know about hallucinations