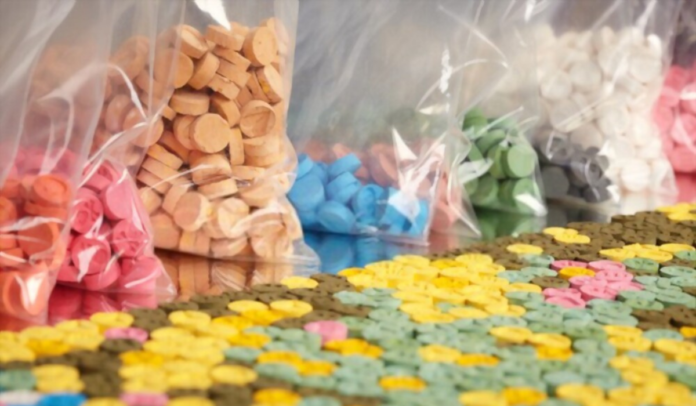 A psychoactive compound is anything that alters the normal functioning of the brain and the entire nervous system, leading to a change in the mental state of its user.

The signature effect of a psychoactive, aka psychotropic compound, is intoxication, which also happens to be the main reason why people prefer these types of drugs. The user experiences an alteration in their moods, consciousness, and perceptions.

Where are psychoactive compounds found?

They are easily available and accessible across various states. You can find them in alcohol, various pharmaceutical medications, recreational drugs (legal and illegal), in some plants like cannabis, mushrooms, and animals.

Alcohol and caffeine are strong psychotropic compounds used for recreational purposes. Despite them being legal, they pose a serious psychological and physical danger to the consumer if taken in excess.

What are some of the dangers associated with psychoactive drugs?

Psychoactive compounds are taken willingly by the consumer in full awareness of what they do to their mental states. To most users, the appeal of going on a psychotropic trip is too good to resist.

However, some individuals use these drugs to take advantage of others and commit crimes. An example is Rohypnol, a drug dubbed ‘rape date drug.’ It has been associated with many sexual exploitation crimes despite it being illegal in the United States.

Did you know that taking prescribed psychoactive drugs that are not meant for you is a crime? We thought you should know. This, of course, is regardless of whether it is given to you by the owner or not.

Natural occurring psychoactive mushrooms, cactus, and parts of particular plant species may seem like a safer alternative to synthetic drugs, but they are not. Most people assume that since they are natural, they benefit human beings and not hurt them. Unfortunately, this is not the case.

The truth is, using a psychoactive plant to achieve a ‘high’ poses a great risk of overdose or poisoning. This is because the individual consuming the substance cannot determine the plants’ potency or toxicity levels. This makes it particularly dangerous, especially for people with low drug tolerance.

The same applies to highly unstable street drugs. Dealers mix them with a variety of other psychoactive compounds and unknown filler substances to create unique but potentially fatal products for their clients.

All psychoactive drugs are mind-altering, but not all are considered addictive.

How are psychoactive drugs classified?

Psychotropic drugs are classified in a variety of ways;

Here we look at psychoactive drugs in terms of their group classification, i.e., hallucinogens, depressants, stimulants, narcotics/opioids, and marijuana/cannabis.

These types of psychoactive increase an individual’s focus and concentration. They keep users energized, happy, euphoric, and alert. The effects are usually accompanied by an elevated heart rate and increased blood pressure.

Stimulants like cocaine, nicotine, caffeine, and amphetamines offer their users the effects mentioned above. However, they can also trigger chest pain, mild and chronic hallucinations, mood fluctuations, irritability, and potential death.

Depressants like benzodiazepines provide their users with tension and anxiety-free high that is coupled with general muscle relaxation. An increased dose may cause uncomfortably damp skin, weak but rapid pulse, shallow breathing, coma, and a possibility of death.

A majority of opioids users turn to them for their painkilling properties. Drugs like codeine, oxycodone, heroin, and morphine can cause euphoric feelings, drowsiness, confusion, and respiratory distress.

An excess intake can result in convulsions, nausea, vomiting, coma, and finally, death. Narcotics are usually acquired from opiates (poppy plant) or produced synthetically as opioids.

Hallucinogens like psilocybin, PCP, LSD, and ketamine are famous for distorting a user’s perception of reality. They also cause self-detachment, hallucinations, elevated blood pressure, agitation, and generally erratic behavior.

An overdose may result in memory loss, severe depression, and disruption of the auditory and thought process.

The cannabis plant is divided into Sativa and Indica subspecies. The former is best known for causing a head-high, while the former offers a cool whole-body relaxation.

In the past, they were known as ‘legal highs.’ They are chemicals that are manufactured to clone the effects offered by either of the psychoactive compounds highlighted above or a combination of two or more.

Examples include mephedrone, spice, bath salts, and W18. It is hard to pinpoint their exact chemical composition as it is always undergoing improvements/adjustments. This poses a substantial challenge to medical staff, toxicology specialists, and society at large.

A deep look into the different types of hallucinations